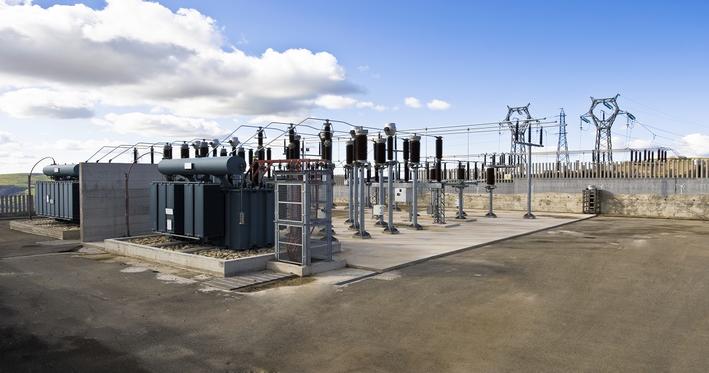 The DNP3 protocol, or Distributed Network Protocol, is an established telecontrol standard used by energy supply companies in the U.S. and many other countries across the world. While DNP3 is a widespread standard in the U.S. energy market, the European IEC 61850 standard is growing in popularity and is seen as the future benchmark for local communication. With a widespread use of both standards, more organizations are interested in using a combination of the two and this can be facilitated through the use of systems like zenon.

DNP3, also known as IEEE Std 1815, is a comprehensive protocol standard that defines the rules by which computers communicate with one another. Initiated in 1993, the DNP3 protocol specifically defined the interaction between utility computer systems with remote communication in mind. To this end, DNP3 focuses on providing a lightweight means of transporting simple data values with a high degree of integrity.

The DNP3 defines two types of endpoints that communicate with one another – a master and an outstation. These are defined and explained as follows:

Furthermore, DNP3 defines data variables by type and behavior and prioritizes them based on whether or not they represent a change from the baseline state. All of these values and rules are set up by the master on startup through an integrity poll, which prompts the outstation to send the value and state of all configured points to the master. After this setup process, the outstation selectively transmits events based on whether the data has changed since the last poll. These transmissions often occur on a cyclical schedule but may spontaneously send if certain parameters are met.

These communication rules allow the master and the outstation computers to communicate using limited network bandwidth to transport simple data values and commands between the two ends of the system. This allows signals to be sent over serial links, multi-drop serial links, radio links, dial-up connections and over dedicated networks using TCP/IP or UDP. Because of the adaptability of the system, DNP3 can cope with the majority of connection interruption scenarios, creating a highly resilient communication system with few errors or failures. This flexibility and reliability has been integral to the development of the DNP standard and its adoption for remote communication in the industry.

In practice, DNP3 is primarily used in the automation of substations and control systems for the electric utility industry. However, DNP3 has also been adopted by other utilities and areas, such as the water and wastewater industries. As technology and the utility of the protocol has evolved, the DNP Users Group has continued to develop the specification to improve utility and maintain compatibility and interoperability between devices implementing the original specification or any added features.

Security and encryption of DNP3

While DNP3 is demonstrably effective in transporting data from one end to another, the protection of that data is another matter. Cyber security demands for a set of organizational, architectural and technical measures. The utilization of DNP3 in a system specifically rises the demand for the protection of data at all points of the transmission path. Moreover, the system needs to be protected against unauthorized intervention. To this end, DNP3-based applications often use a combination of TLS encryption and secure authentication procedures, which are defined below:

Ideally, DNP3 systems use a combination of these measures to ensure both confidentiality and security at both the master and outstation tiers.

While DNP3 is the standard that is most widely used in the U.S. energy market, in electric, water and wastewater facilities, another standard is quickly achieving global acceptance. The European IEC 61850 standard is gaining recognition as the future benchmark for local communication protocols. Now widely adopted across the globe, many companies currently using DNP3 are also choosing to adopt cross-functionality for both DNP3 and IEC 61850. However, it is important to understand each protocol and how they compare to one another.

At the most basic level, DNP3 focuses on the transportation of simple data in a secure and lightweight manner for the purpose of remote communication. IEC 61850, on the other hand, mainly focusses on communication among assets, such as protection equipment, IEDs or local HMI/SCADA systems, inside of a local facility. Another major difference between DNP3 and IEC 61850 is that the IEC standard focuses on the context of data. While DNP3 focuses on data and largely passes contextualization off for engineers to handle, IEC 61850 integrates context into the system by mapping data to logical nodes with predefined, contextual names. This ensures that context is never lost in the shuffle of compiling data.

With the above benefits, it's no wonder that the IEC 61850 is becoming more popular. It's important to remember, however, that adopting IEC 61850 does not mean abandoning DNP3. IEC 61850 semantics can be used on DNP3 protocols even where IEC 61850 itself is not used. This adoption can be an early step when planning a future integration of IEC 61850.

Managing DNP3 can be a challenge – and juggling both DNP3 and IEC 61850 can be even more difficult. However, a software platform like zenon which controls and automates equipment management can make it substantially easier.

zenon provides comprehensive support for DNP3 by offering a range of functions and supporting a range of configurations. Below are some of the most significant features and functions of zenon and how they can help you with your DNP3 setup.

These functions simply scratch the surface of what zenon does to support DNP3 functionality.

An overview of the zenon DNP3 master driver

On top of these benefits, the zenon DNP3 master driver is developed and maintained by COPA-DATA. As a member of the DNP Users Group, we actively play a role in the ongoing development of the IEEE 1815 standard and proactively update our software to meet evolving needs. In short, the zenon DNP master driver is a master driver that can meet your DNP communication needs.

One of the most important, and most daunting, tasks when setting up DNP3 systems is driver configuration. With zenon, however, this step is simple – yet it remains highly customizable. Whether you've already purchased the zenon software platform or are simply curious as to how driver setup works, here are the steps involved after opening the configuration window:

For more information on driver configuration, confer with your COPA-DATA representative.

zenon is a comprehensive DNP3-enabled system that allows for full functionality at both ends of the DNP3 communication setup. If you're looking for a high degree of proven functionality backed by years of expertise, zenon is the right choice. The zenon software platform is from COPA-DATA, a member of the DNP Users Group and an active player in the development of IEEE 1815 standards. With over 30 years of experience in the industry, COPA-DATA continuously improves the software and ensures the maintenance of all necessary logic and algorithms. You are interested in learning more about the capabilities of zenon?